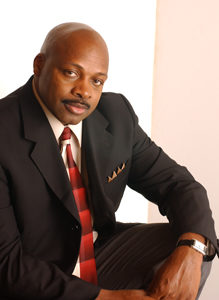 Coach Ken Carter is the Dean/Headmaster behind the Coach Carter Impact Academy and the Carter Brand. He has been coaching for well over 15 years. Throughout his life and tenure as a Coach he has inspired and guided numerous lives of young men to reach their highest potential. His “no non-sense” approach to getting things done is the force that has sustained him to have the tremendous positive influence that he currently possesses. The vision for opening the Impact Academy came when Coach Carter was traveling from one of his many speaking engagements. The idea was to be able to really impact the lives of some of our male youth by instilling in them the value of education and learning. Skills such as cultivating and creating your own, barbering, screen- printing are just a few of the courses that will be provided to the young men in attendance. They will also be given the opportunity to learn the art and skill of basketball on many levels.

When famed high school basketball Coach Ken Carter locked his undefeated, state play-off team out of the gym and forced them to hit the books, he sent a powerful message. Ridiculed by his community, Coach Carter drove it home to his players to stop counting on athletic potential as the only ticket out of a tough, inner city life. This eventually led to Paramount making a movie about Coach Carter’s drive to better the lives of his players in 2005. It is entitled, “Coach Carter” and stars award winning actor Samuel L. Jackson.

A successful author and speaker, Coach Carter brings the hard-hitting advice about accountability, integrity, teamwork and leadership to succeed both on and off the basketball court. His latest book entitled, “Yes Ma’am, No Sir” The 12 Essential Steps for Success in Life chronicles his personal experiences in life that shaped him to be the man that he is today. It also hits on key points to assist and show others how to lead more productive and successful lives.