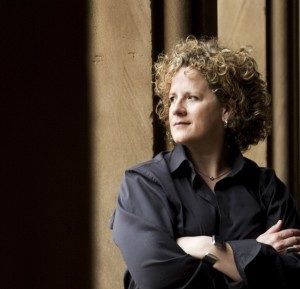 Activist for marriage equality and filmmaker “for my wife…”

Charlene Strong is an nationally respected advocate for social justice and civil rights issues including marriage equality and non-discrimination policies. She is a widely published writer and sought after speaker, presenting to universities, companies, public forums, nonprofits and government agencies across the country including the CIA, the Washington State legislature and the World Affairs Council. Washington State Governor Christine Gregoire appointed Charlene to the prestigious Washington State Human Rights Commission; she is currently serving a new five year term. Charlene is the subject of the award-winning documentary, “for my wife…” which tells the story of how she became an advocate for equality following the loss of her wife, Kate Fleming (a renowned audio book narrator), in a flash flood in Seattle in 2006. At the hospital Charlene was initially denied access to be with Kate in the moments before she passed away. This discrimination led Charlene to help champion legislation that later became Washington State’s Domestic Partnership Law. Charlene’s advocacy for equality has led her to The White House where she was invited to have a private meeting with President Obama and other dignitaries to discuss marriage equality. Charlene has taken her personal tragedy and created a life mission to advocate for equality and social justice issues.

“From prejudice to empowerment” How to become an arbiter of social justice.

“LGBTQ, what do those acronyms mean to you?” Do they build community or create division.

“Is social media making us socially inept?” Are we creating isolation from another with little connection, what does it mean for campaigns and change.

“Can sustained empathy only come from living a tragedy?” How do we care for humanity once the news stories fade.

“How do you facilitate change with compassion, dignity and grace?” Creating bridges of empathy in the face of opposition.

“Charlene Strong has an ability to connect with an audience via story sharing and challenging individuals to make change. She has an outstanding ability to motivate her audience to understand social justice and the impact inclusion can have on the world. Charlene will undoubtably challenge your organization and leave a lasting impact.”
Shannon D. – Director of LGBT Services, Central Michigan University

“Charlene has a unique ability to unite passion and purpose into a single catalytic message. Listening to her speak it is impossible to feel anything other than called to action in support of the critical needs of the communities for which she advocates. As a panelist she is incomparable, irreplaceable, and highly recommended.”
Holly T. – Snohomish Co. Commission on Human Rights